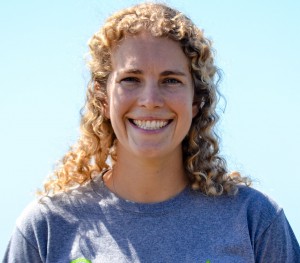 Amy Work is the first Program Director, with her placement in Bahia Ballena-Uvita, Costa Rica. She holds a Master’s degree in Geography from Syracuse University with a concentration in GIS and remote sensing. Prior to Geoporter she was a GIS Analyst and the Education Coordinator for IAGT in Auburn, NY where she worked with K-12 teachers and college faculty members in New York and across the U.S. to increase students’ understanding of the world by integrating geospatial technologies into learning environments. As a geographer, she has taken an adventurous route working with colleagues around the globe to share her expertise while learning and exploring our vast world at the same time. She has traveled to India to examine carbon sequestration projects with rural farmers, out to sea on the JOIDES Resolution to explore ocean drilling science, and lead a group of college students to Panama to investigate the impacts of climate change on biodiversity. 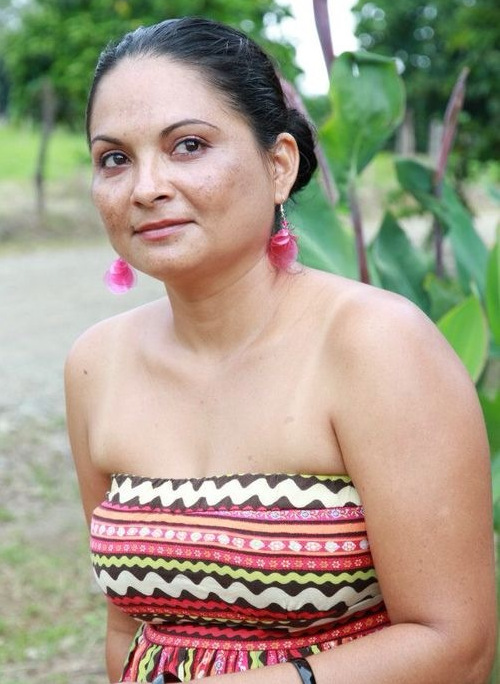 Luz Miriam Badilla Cordero was born in the community of Bahia Ballena and has spent her entire live living here. Having spent her childhood living in nature, with the ocean and beach at her back door, she is now a tour guide sharing these treasures with others. She is also part owner of a small company that provides tours, such as whale watching, kayaking through the mangroves, and other activities. She is actively involved in various community organizations and community projects. With her creativity, she currently is an artist, turning recycled goods into art and jewelry. She loves adventure sports, hiking, bird watching and taking photos. 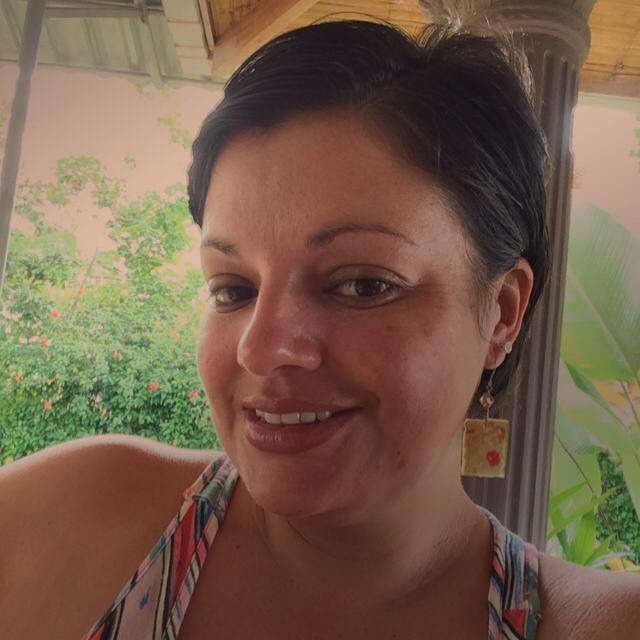 Tania Calderon Montero was born in Perez Zeledon but from a young age loved coming to Playa Uvita for the holidays with her family. Her father bought a small property and built a rustic cabin to come and spend time. But little by little, these trips became more frequently and her family fell in love with Bahia Ballena. They decided to demolish the cottage and build a small hotel with 12 rooms. Tania now lives in Bahia Ballena and has managed the family hotel, Hotel Bahia Azul, for more than 5 years. She studied Public Accounting at the Universidad Latina de Costa Rica. She worked for several years in a financial institution, but decided to leave that to follow her dream and move close to the beach in a beautiful community and work in the family business. From Bahia Uvita she has become involved in a number of activities and groups in the community. She is a Secretary of Asociación Adminustradora del Acueducto de la comunidad (Asada) and collaborates with tour guides for different activities in her spare time. Tania is currently one the President of Geoporter Costa Rica, helping to advance the Geoporter projects locally and in other communities. 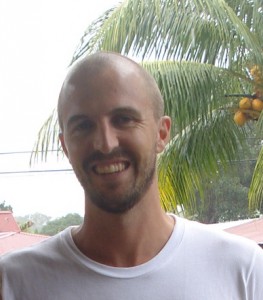 Travis Bays brings more than ten years of experience developing creative grassroots community development programs in Costa Rica. He holds degrees in economics and cultural anthropology from the University of San Diego, where he was recognized as a James & Stella Eagen Endowed Scholar. During his time in Costa Rica as a Peace Corps mirco-enterprise development volunteer he was trained in micro credit community banking, project design and management and best practices for sustainable tourism. After completing his field service, Travis worked one year in the Peace Corps Costa Rica central offices in San Jose where he gave direct support to 90+ volunteers in administrative, training, and project design and management. In 2008, Travis became regional coordinator of micro credit community banking in Osa, Costa Rica, for the Fundacion Integral Campesina (FINCA) in strategic alliance with the Costa Rica-USA (CRUSA) Foundation. He currently works as a part-time field consultant for the CRUSA Foundation, is regional coordinator for the Osa-Golfito Initiative in conjunction with the Woods Insitute for the Environment at Stanford University, owns/operates Bodhi Surf School and directs the community based youth program, Siempre Unidos para Reforzar nuestro Futuro (SURF).

Ronald Guzmán Mora is a local photographer from Bahia Ballena, Osa, Costa Rica. Throughout his life he has lived in numerous communities in the Osa Area of Conservation. Places such as Guadalupe de La Palma-Osa, Cerro de Oro (bordering the Corcovado National Park), La Union and other communities in the local Bahia Ballena and Uvita mountains, have been places he has called home. Always surrounded by nature, Ronald has witnessed and lived the incredible biodiversity that Costa Rica is so famous for. In 2006, with the help of different organizations and friends from Peace Corps Costa Rica, Ronald was given the opportunity to start showing his love for his native land through photography. By obtaining a small grant, he was able to buy an 8-mega-pixel Canon camera, and with no photography training, he was off taking amazing shots of the local flora and fauna. Months later, with some small business training from a Peace Corps Volunteer, he started his micro-enterprise – selling postcards, t-shirts, brochures, calendars, and other goods related to photography. Through this income-generating activity he has been able to develop products that tourists and locals can enjoy.

Rafael Sanchez was born in Bahia Ballena, the heart of the Marine Ballena National Park at Ballena Beach. Rafael become a local tour guide for Bahia Aventuras sharing his love for the nature and knowledge with visitors. He has worked as a tour guide with different tour operators since 2005 and belongs to the Association of Tour Guides and Tour Operators from Bahia Ballena. Swimming in the ocean pointing out sharks, listening to whales sing and interpreting dolphins based on their leaps is part of his wonderful job. As tour guide for Bahia Aventuras, he was given the opportunity to be a part of a team, working with Walter Brenes, Daljit and Travis Bays to develop and coordinate community projects to project the environment. Such activities include beach and street cleanups. He holds a license from the National Learning Institute (INA) for Tour Guides and from Universidad Estatal a Distancia (UNED, Distance State University). 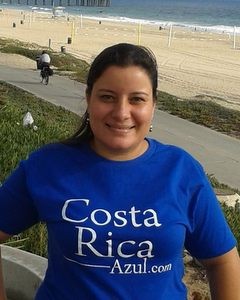 Margarita Morales Gamboa is a mastery graduate of the National University with the degree in Teacher Pedagogy and from the International University of San Isidro Labrador with a bachelor’s degree in Educational Administration. She started working at the Scientific School in Pérez Zeledón and then later with the Ministry of Public Education. She was a teacher and then served as Director for the bi-lingual school in town, Escuela Verde. She left to peruse her dream of opening her own tutoring center for children, Cuidarte. In addition to her university education, Margarita has other complementary training such as Teaching Spanish as a Second Language, Using Geographic Information System Tools (Obtained in USA), Interpersonal Relationships, Student Stress Management, Quality in Tourism Services, and Technical Accounting, among others. 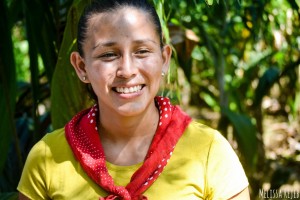 Noilyn Ramírez Arias is a local entrepreneur. She was born and raised in Pérez Zeledón. She moved to Bahía Ballena for work and has loved living here ever since. She is helping to highlight the culture and history of Bahia Ballena in her micro-business Costa Rica Culture Tours. She is a current member and graduate of the first class of Caminos de Osa, the local Guiding Association, and the Emergency Committee of Bahía-Uvita. She helps lead University and family groups on week-long trips to town. Additionally she volunteers her time in various social, environmental and conservation projects around the community and region.