Back in March as small group of Geoporters met with the Executive Director of the Central States Water Environment Association (CSWEA). Mohammad was down here on his way to get an update on other water projects he is involved with in the Osa Peninsula. He heard about Geoporter’s recent project, working alongside the community’s ASADA (local water authority) and Ebais (local health clinic) to explore sites of contaminated surface waters from direct source in Bahia-Uvita.

During the dry season it was brought to Geoporter’s attention that there were some really smelly locations. Upon further investigation, these sites were mapped and photographed and shared with the Ministry of Health who have worked with the businesses responsible for these waters to clean up and prevent future contamination.

From the resulting meeting with CSWEA, Geoporter’s initial efforts in mapping contaminated water sources was published in their 2015 Spring edition of the Central States Water Magazine (see page 14).

This is only the beginning of the investigations, but it is working alongside other community agencies to help prevent an even greater problem in the future. 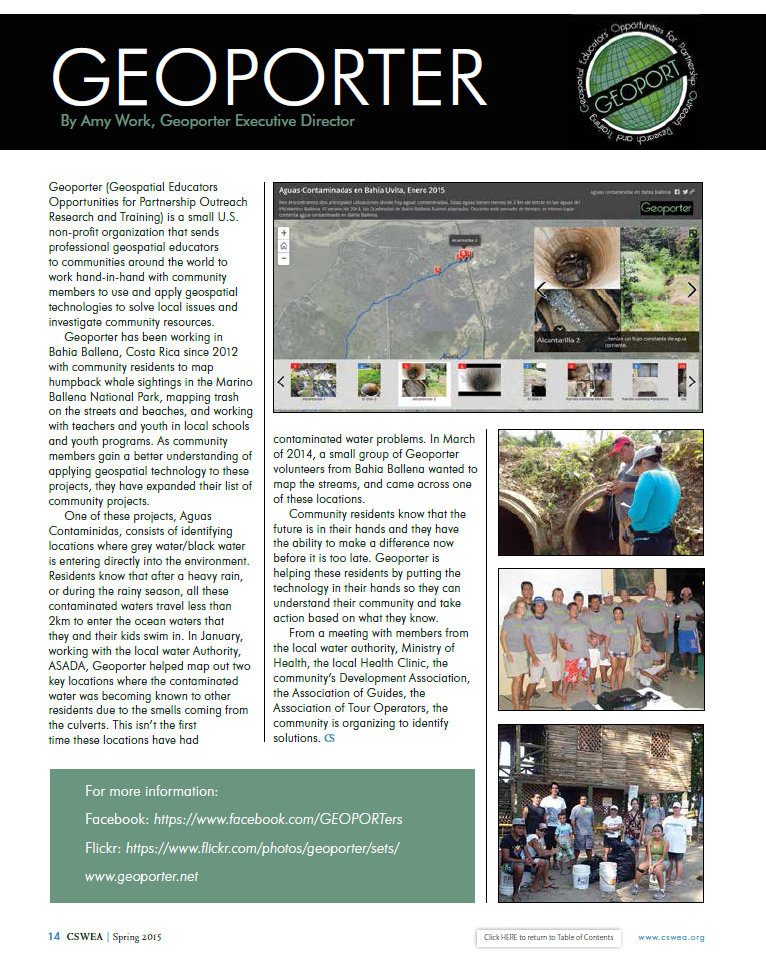