As a grade-5 student, Maria Paula was one of the first Bahía Ballena community members we (Roger Palmer and Anita Palmer) met and worked with. This was in 2009, three years before we officially became Geoporter. One of our favorite workshops and activities in the community during that time was working with the local grade school, Escuela La Flor de Bahía and with the after school club Groupo Surf, started by Travis Bays of Bodhi Surf. 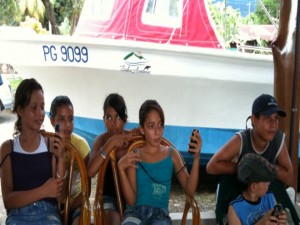 During these workshops, young students learned the use of GPS and GIS mapping for fun as well as use in authentic community projects. Maria Paula was one of the interested students who continued to meet through Groupo Surf activities. They were able to apply GPS and GIS to ocean conservation, mapping their town and a project they personally decided to conduct… a “little” trash-mapping project. 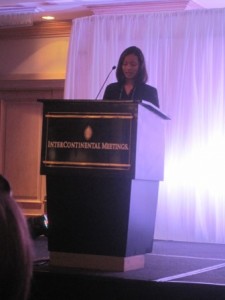 By 2011, that little trash-mapping project garnered attention from Geotecnologías, a company in San Jose, who was the local organizer of the Latin American User Conference for professional GIS users. With the help of a local Peace Corps volunteer to prepare and practice, Maria Paula presented an inspirational plenary presentation on how she and other students used geospatial technologies and Esri mapping technologies to encourage her community to care about trash and to use these technologies to do something about it! All this was presented to a ballroom filled with over 500 professional GIS users from all over Latin America! There certainly were a few moist eyes that day and all adults were amazed at her poise and grace while just turning 13 years old. Needless to say, the resulting standing ovation was not a surprise!

So what happened with the “little” trash-mapping project? It has flourished and grown and the culture of trash in the community and even parts of the region has changed in the past six years. Trash cleanups now engage dozens of community members including local hotel owners, tour guides, boat captains and even visiting tourists, both adults and children alike. Over ten recycling and trash centers have been established and the local municipality has agreed to pick up the trash on a regular schedule. This agreement is unique in that it was propagated by the proactive work that is being done by the community members of Bahía Ballena! 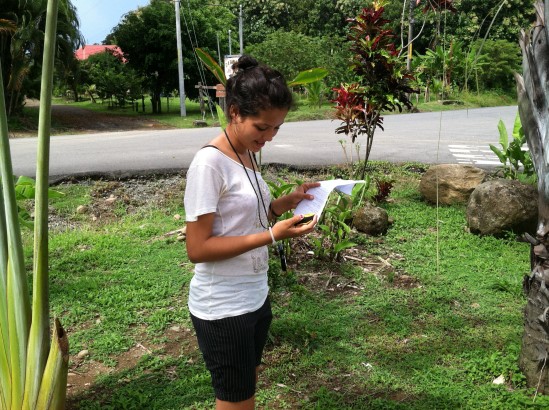 And how about Maria Paula today? She is now in grade 11 at the colegio (high school) with hopes and dreams of perhaps attending college, a rare opportunity for many rural students. She leads a normal community life of playing goalie on the local women’s soccer teams, keeps up with school work and of course spends time with friends and on Facebook. What makes her stand out is her willingness to still step forward and volunteer to work with community improvement projects. 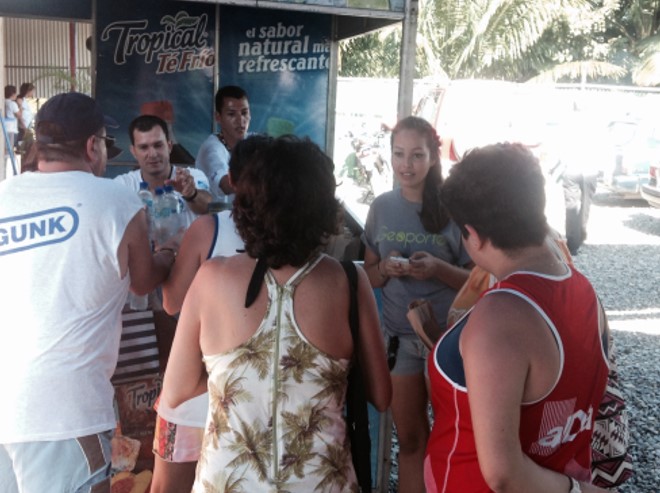 During these first three weekends of September, Maria Paula conducted digital surveys of visitors at the 2015 Festival of Whales at Marino Ballena National Park over the six days of the festival. These surveys will result in many more volunteers to participate in the new mapping and improvement projects in Bahía Ballena and the region. Maria Paula’s volunteer contributions over the years and today are indeed a part of putting her community on the map.