The Festival of Whales and Dolphins brings many people here to Bahia Ballena for two weekends in September, including many TV stations. This year, our second year here for the Festival, we connected with Repretel, a national Costa Rica news station. After watching the President of Costa Rica, Laura Chinchilla, speak at the opening festivities, we were connected with Repretel through individuals from MarViva, with whom we’ve met with before and explained the Geoporter projects.
Repretel asked to see how the GPS units were being used to monitor the whales in Marino Ballena National Park. We were send Repretel out with Bahia Aventuras and their guides and captains Reymer, Cristian, and Marlon, to show them the process of recording the whale sightings with GPS.
While the seas were a bit rough for capturing video, here is the report that was broadcast on Repretel, Channel 11 this past Wednesday, the 12th of September. 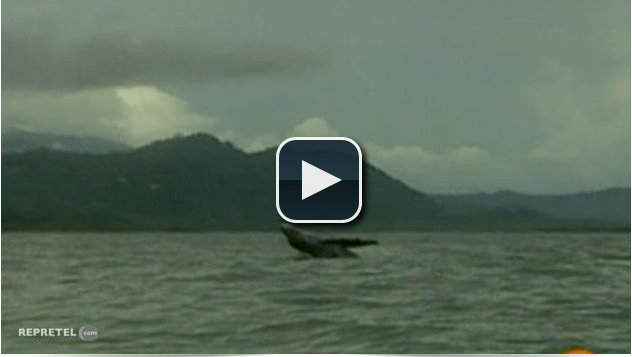